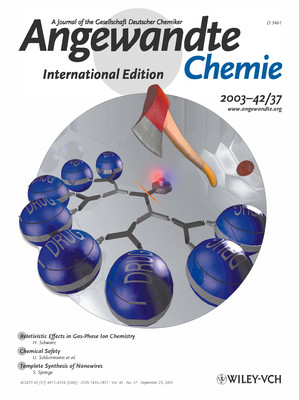 Cascade-release dendrimers or self-immolative dendrimers, as shown in the cover picture, spontaneously release all the end-group molecules following a single activation event. This triggering event induces a cascade of self-eliminations which leads to complete dissociation of the dendrimer into its separate building blocks. As the research groups of both F. M. H. de Groot (on page 4490 ff) and D. Shabat (on page 4494 ff) describe, such functionally novel dendrimers open up new modes of application of dendrimers, for example, for drug delivery.